Lium is a french start-up specialized in wildfire detection and aerial video for rescue missions. It develops and sells transportable and easy-to-deploy tethered aerostats.

Carbon capturer, oxygen generator, animal and vegetal biodiversity protector… the forest can be named with many ways, and its benefits for the earth’s life are multiple. However, forests are jeopardized by many threats. Among these, there is one that has been under the spotlights along the previous years : the wildfires.

Even if the European fires are for the moment smaller than the californians, they are still too much devastating and dangerous for the forests and also for the firefighters who fight them and the inhabitants who are forced to leave their homes becoming reduced to ashes.

The country that hosts Lium currently, France, is one of the most concerned by the wildfires in Southern Europe.

And unfortunately, things are not going to get better.

This is the reason why Lium exists.

According to Météo France (the french weather forecast agency), this is the growth rate of the french forest area that will be concerned by wildfire threats by 2040.

What does Lium do ?

Lium’s goal is to offer an efficient solution to the firefighters to help them detect earlier the wildfires ignitions and to follow their progression before, during and after the intervention of the firefighters.

To achieve this goal, we develop revolutionary tethered balloons that are able to be easily transported and quickly deployed by its users. Equipped with embedded cameras, our aerostats will be capable of providing a high-quality aerial video feedback during the interventions. 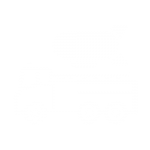 Thanks to their moderate size and their light weight, these aerostats could be easily transported aboard the current rescue trucks. 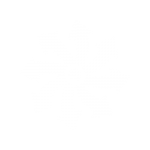 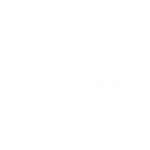 As these tethered airships don’t require any engine to fly, the duration of the flights can be longer than 24h. 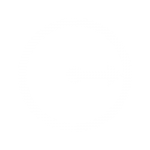 Depending on the altitude of the balloon and thanks to the high-performance embedded cameras, the users will be able to benefit from a very large field of view.

Thanks to these unique aerostats, the firefighters will be able to overwatch the high-risk forests for many days, and also to have a global view of the wildfire (when it has already begun to progress) in order to understand its behavior (speed, direction, etc…) and to control this progression earlier.

In the end, our solution enables to protect the forests’ life and also to preserve the life of the men and the women who fight against these devastating fires. 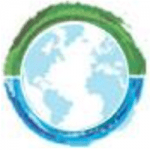 Mentions légales
© 2021 Lium
We use cookies on our website to give you the most relevant experience by remembering your preferences and repeat visits. By clicking “Accept”, you consent to the use of ALL the cookies.
Cookie settingsACCEPT
REJECT
Manage consent

This website uses cookies to improve your experience while you navigate through the website. Out of these, the cookies that are categorized as necessary are stored on your browser as they are essential for the working of basic functionalities of the website. We also use third-party cookies that help us analyze and understand how you use this website. These cookies will be stored in your browser only with your consent. You also have the option to opt-out of these cookies. But opting out of some of these cookies may affect your browsing experience.
Necessary Always Enabled
Necessary cookies are absolutely essential for the website to function properly. These cookies ensure basic functionalities and security features of the website, anonymously.
Functional
Functional cookies help to perform certain functionalities like sharing the content of the website on social media platforms, collect feedbacks, and other third-party features.
Performance
Performance cookies are used to understand and analyze the key performance indexes of the website which helps in delivering a better user experience for the visitors.
Analytics
Analytical cookies are used to understand how visitors interact with the website. These cookies help provide information on metrics the number of visitors, bounce rate, traffic source, etc.
Advertisement
Advertisement cookies are used to provide visitors with relevant ads and marketing campaigns. These cookies track visitors across websites and collect information to provide customized ads.
Others
Other uncategorized cookies are those that are being analyzed and have not been classified into a category as yet.
SAVE & ACCEPT